Arroyo staff have successfully completed small scale hydrographic surveys for ponds and small lakes (<200 acres) as wells as large reservoirs such as Wright Patman Lake and Lake Wichita. Arroyo’s senior scientists worked for the Texas Water Development Board Instream Flows and Hydrographic Survey teams and successfully surveyed one coastal bay, 27 lakes (volumetric and sedimentation) and over 400 miles of rivers in Texas.

The Arroyo team utilizes a fleet of survey boats adapted to various environments and various acoustic current profilers, multibeam echosounders and other such surveying equipment to successfully collect the most accurate data possible. In addition, Arroyo staff have helped develop advanced data processing methodologies to ensure the highest quality data. 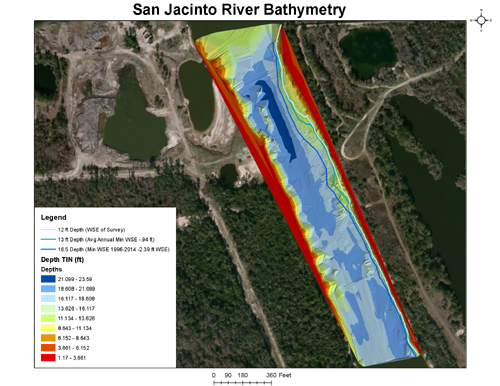 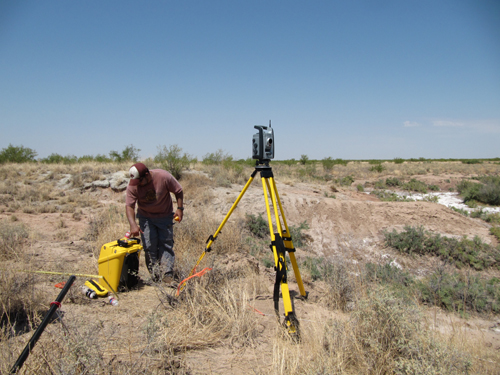 A Geographic Information System (GIS) allows a user to store, manipulate, analyze, manage, and present all types of spatial or geographical data. GIS is an essential tool for scientists, planners, managers and others and is used in a variety of disciplines, whether it is for intensive data analysis or the creation of a map. Arroyo staff are experienced with different GIS software packages and can provide effective and professional GIS services.